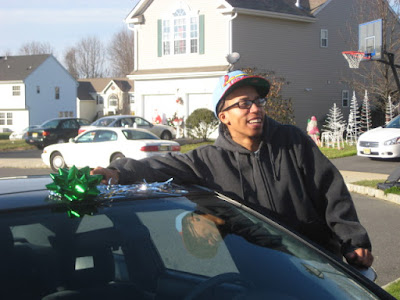 Joseph’s trial is over.  Although Raymond Blinn, the man who killed my son, never admitted verbally what he had done, justice has been served.

No, certainly not the kind of justice that I dreamed of, what I wanted nor even the kind that could ever bring Joseph back, but a peace has been restored, that only God could bring.  And for that I am grateful.

The judge read the determination… “It has been determined by the State of New Jersey, County of Burlington, that in the case of Evelyn and Jeffery Fannell, on behalf of the Estate of Joseph M. Fannell, as the plaintiff vs. Raymond Blinn, the defendant Raymond Blinn was responsible for the wrongful death of Joseph Fannell.”  Not that we needed a court to determine that, but this land is governed by law, as unfair as it may be is, sometimes.

After 2 ½ years those fighting on behalf of Blinn, finally came over to extend their long-awaited sincere condolences and apologies and with them all of a sudden, so did Patricia Blinn.    Before I realized it, she was right there, in my face, greeting me and extending her arms to hug me.
A quick glance and all I saw was my daughter Brandi, as her eyes welled with tears and the next thing all I could do was hug that woman, the wife of the man who killed my son.  First with one arm, which quickly extended to the other.  I grasped her as she expressed her apologies at the loss of my son.  Sharing from a mother-to-mother stance, and that she had a grandson the same age as my Joe.  Here in this moment, what I wanted from the very beginning and never thought possible, not only an apology, but I saw firsthand in myself, the grace and mercy, love and forgiveness of God.  The thing we talk about often but far less often, practice.

I was reminded of so much in that moment.  The forgiveness of God and how in spite of what we do, He always extends His arms (both of them) to hug us.  And God also told me this, in that moment, that I wanted from the very beginning, I did not receive until I let it go.  That it wasn’t until I let go of receiving an apology, that I got one.  It wasn’t until I said out of my mouth, ‘Raymond Blinn didn’t matter anymore,’ that it really didn’t.  The whole time, the last three years, it has been a part of my confession, that driver never apologized.  And it wasn’t until I changed that confession, progress took place.  God reminded me that true forgiveness is receiving an apology that you will never get. And that’s what I did when I finally said, “I don’t care about the apology.”

And it was because of God, that I was able to extend it.  Only God.

God can do nothing for me, until I recognize the limit of what I can do for myself as a human being, which allows Him to do the impossible.

Forgiving, letting go and extending grace to the man who killed my son.

He is forgiven, because I am.  And because I am forgiven, I am free.  Justice (for me) has been served.  And I believe that is what Joseph would want for any one of us.

Sleep in peace my Joe.

His mom, and the Lord’s servant,
Sis. E

http://butgodisreal.com
Posted by God's Peach at 12:10 PM No comments:

God's Peach
Evelyn Fannell has the true heart of a servant. She spends a great deal of her time assisting friends, family, and others with a variety of plans and projects, always seeking simply to be of help; always going the extra mile. A writer since her youth, in 2008 Evelyn created the blog, But God Is Real, inspired by real life situations and circumstances that speak to the “realness” of God and His intervention in daily life. After the death of her son, Joseph, Evelyn started another blog, In the Shadow of Grief, created to chronicle the emotions and stages of grief so that she could help others through their journey of pain and sorrow. Along with the blog, Evelyn also started a grief support group on Facebook, under the same name, where members can share with one another in a supportive, non-judgmental environment In her spare time, Evelyn enjoys jigsaw puzzles, photography, and planning and creating items for special events. She also serves as First Lady and administrator of her church, On Good Ground Christian Fellowship, in Westampton, NJ. In addition to Joseph, she and her husband, Jeff, have two daughters, Brandi and Jasmine, and a grandson, Christian.
Newer Posts Older Posts Home
Subscribe to: Posts (Atom)