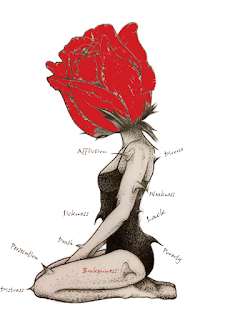 Every year God allows the women’s ministry of our church, The Favoured Women of God, to host a Women’s Tea, sponsored by our church, On Good Ground Christian Fellowship, where my husband is the pastor.  Not that it matters, (but it does), you don’t need a lot of people, nor a lot of money, nor to host a fundraiser (ouch…) to do the will of God, you just need those who are willing and those who dare to believe Him, but I will save that for another day and another blog.

Anyway, God speaks as He does about things that we are going through and deals with us throughout the year at our women’s meetings on various topics from a personal standpoint and allows us to share with others what He has shared with us.  He then gives a vision as I create the save-the-date, flyer or whatever promotional material I feel led to do or is needed.  A few months before the Tea, I posted the Save-the-Date on a website I was and had been a member of, as I normally have with past women’s events.   I went back a few weeks later after creating the flyer for the Tea to update my post on the site and posted the flyer to the Tea to the upcoming events page.  A  week or so later I had made some changes and wanted to add some things to the post, so I went back to the event site, and my flyer was missing, then I tried to go the ministry page to where I was a member and I could not find it.  I then realized that not only had my flyer been removed, but I had been removed as well.

I was both shocked and disappointed.  One because no one had the courage to say anything to me.  And two, because this is supposed to be a site where women encourage one another, where they help one another to minister to other women (using their talents and abilities through ideas about ministry events concerning women)… something that the Tea, our women’s Tea, our purpose, is designed to do.

So I had these questions.  And I’m not really asking them of you the reader, but just putting it out there as a Selah moment.  “Something to pause and calmly think about” as I was taught by one of my pastors,  Dewey Lane from Alexandria, Virginia. “How can you minister to women if a picture of a woman will appear as offensive to you?  How can you reach somebody if the very person you are trying to reach does not come packaged the way you expect them to be?”  How can you expect to encourage someone in their walk, or even in the talent and ability, if you strike them out, before given them the opportunity to see where they’re coming from?”  Hmmmm…

The picture is featured above and depicts a women dressed in a bathing suit with thorns coming out of her body from different spots.  It represented the theme of our Tea, and how as women we are stricken with thorns, all kinds, but like a rose, are yet beautiful because God has made us that way.  But if we allow Him to deal with us, BY HIS GRACE, we can be healed of those thorns, as we were taught, and they can become, scars.

These thorns, prickly and ugly, as they can be sometimes represent all the issues that we as women can have and that we deal with.  Women have some issues.  Mary Magdalene had some issues.  And she wasn’t the only one.  But if the women (the leaders in this ministry group), cannot see past issues, who are they ministering to, who are they really trying to reach?  If we can’t see past the ugly, “these thorns” who are really trying to reach?  Each other?  Jesus would not have turned me away from that group.  He would have welcomed me with open arms.   “Come on in, daughter.”  Which is what they should have done.  And I believe they failed.  By the way, I have contacted them three times (three times I asked of the Lord, Paul said)… and I have yet, received a response.

Ministry is not clean.  It’s not flowing and pretty.  A lot of the artwork and flyers I see in their ministry group are just that, pretty and clean, and they serve its purpose.  Women like pretty stuff.  And we had some pretty stuff at our tea.  But every now and then we’ve got to get to the heart of the matter.  And go to where it hurts.  We’ve got to touch where people where they are.  Hurt as they do.  Prick their thorns, no matter how inappropriate that picture may appear to be.

God is real.  And He’s real good at turning “These Thorns” into “These Scars” so I won’t go around pricking and hurting people.

God's Peach
Evelyn Fannell has the true heart of a servant. She spends a great deal of her time assisting friends, family, and others with a variety of plans and projects, always seeking simply to be of help; always going the extra mile. A writer since her youth, in 2008 Evelyn created the blog, But God Is Real, inspired by real life situations and circumstances that speak to the “realness” of God and His intervention in daily life. After the death of her son, Joseph, Evelyn started another blog, In the Shadow of Grief, created to chronicle the emotions and stages of grief so that she could help others through their journey of pain and sorrow. Along with the blog, Evelyn also started a grief support group on Facebook, under the same name, where members can share with one another in a supportive, non-judgmental environment In her spare time, Evelyn enjoys jigsaw puzzles, photography, and planning and creating items for special events. She also serves as First Lady and administrator of her church, On Good Ground Christian Fellowship, in Westampton, NJ. In addition to Joseph, she and her husband, Jeff, have two daughters, Brandi and Jasmine, and a grandson, Christian.