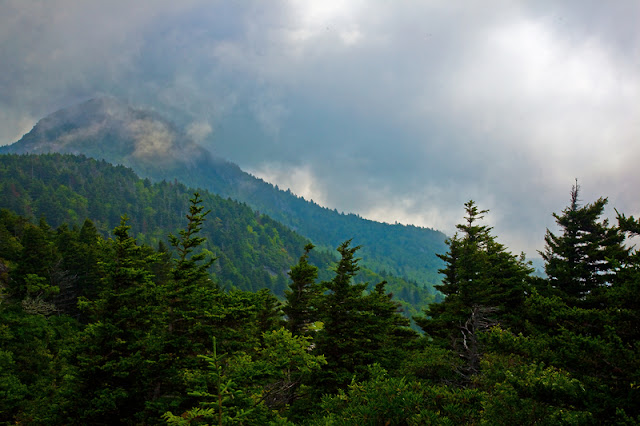 God spoke to me recently from the story of 1 Kings 19, where Elijah was on the mountaintop.  It’s a funny thing how God meets you where you are and desires to comfort you in that place.

Elijah had been running from Jezebel and got to a place where was just tired.  Tired of running, and he said to the Lord, “I have had enough Lord.  Take my life, for am no better than my ancestors who have already died.”  Then the Scripture says an angel of the Lord came to him and told him to eat (and drink). For the journey ahead of him is too much for him. The Scripture doesn’t say that he needed to eat again, it doesn’t say that he was tired anymore.  God fed him and sustained for 40 days. The food and drink that God provided gave him enough strength to travel 40 days and nights until he arrived to Horeb, the mountain of God, then met God at a cave.  Know this, IF God provides for you, it’s going to be enough to sustain you for whatever time or function is needed.

Then the Lord appeared to Elijah and God said, “What are you doing here?”  Funny how God asked Elijah what he was doing there, when God was the one Who sent him there.  God has a purpose for bringing us to the things He brings us to, He asks us the questions to see if we know.  And Elijah said, “I have zealously served the Lord God Almighty.  And then he starts talking about the people and how they rejected God’s covenant, and torn down altars and did this and that, and then he says and I am the only one left, and now they are trying to kill me, too.”  Isn’t that just like us, blaming stuff on people, pointing the finger at them and then say how they’re out to get us. Hmmmm.

Then God tells Elijah to go before Him on the mountain, and we know what happens, the Lord passed by, and a mighty windstorm came.  But the Lord was not in the wind.  Then an earthquake, then a fire, then finally the sound of a gentle whisper.  And that’s where God was.  My hubby, Pastor Jeff, did a four-part series on the Hearing the Voice of God and how important it is to hear Him speak.  God speaks in a whisper.  With all these things going on, God spoke to Elijah in a whisper.   Seemingly back to back, the windstorm, the earthquake, the fire, because the Scripture doesn’t break, much like our lives.  Things happen, back to back.  And God speaks in the midst of it all, in a whisper.  Do we hear Him?  Are we hearing Him?

Then God asked Elijah again, “What are you doing here?” Same exact question as before.  God wanted to know if Elijah’s answer was going to change.  Did Elijah hear Him?  But Elijah gave the same exact answer.   The SAME EXACT ANSWER.   How many times has God asked us a question, presenting us the opportunity to change our responses but we give Him the same answer?  The same exact answer.

Then God sends Elijah back the same way again, almost dismissively, answering his complaint, the same complaint as before, of being the only one, but letting him know, he yet had a job to do.  So go on back and do it. He said to Elijah, “Go back the way you came.. When you get there, anoint Hazael king over Aram. Also, anoint Jehu son of Nimshi king over Israel, and anoint Elisha son of Shaphat from Abel Mehola to succeed you as prophet…  Yet I reserve seven thousand in Israel—all whose knees have not bowed down to Baal and whose mouths have not kissed him.”  And in His mercy and His grace (for it is SUFFICIENT), He gives Elijah help.

Spoke to me in so many ways.   Sometimes we get to the point in ministry, in life even, that we are tired.  Tired from ministry.  Tired of fighting.  Tired of trying to tell people about God and they refuse to listen.  Tired of serving.  We feel alone.  Like we are the only ones doing things.  We feel used.  Abused.  Let down.  We feel like someone of the enemy is always out to get us and we get to the place where Elijah did, just plain tired.  I don’t want to do this anymore.  I don’t want to fight anymore.  Just end this now, Lord.  Take me away from here.  Take me out of here.  And God in His sovereignty, and comfort, provides for us.  He shows us and gives us something to sustain us (His grace is sufficient… there it goes again).  A word, food for the Spirit.  Something to build us up, to encourage us.  Then once He sees that we are built up, He send us on our way to the next place He has for us.  A place where He can do further work to build up our character and make us more like His Son.  More like Jesus.  Isn’t that what all this is about anyway?  To be conformed into the image of the Son.  He brings us to a place of solitude to do that.  Where the only place we can turn to, is Him.  Where the only thing, the only One we can see is Him.

Elijah was in the cave.  Alone.  Then God does all these things before Him.  Right before His eyes.  And they were destructive things.  A windstorm.  The Scripture says that it was such a terrible blast that the rocks were torn loose, but the Lord was not in the wind.  Then God sends an earthquake, and we know how destructive they can be, we’ve seen the destruction with our natural eyes.  Then God sends a fire following it, all of this right before Elijah’s eyes.

God allows us to go through things.  Turbulent things. Destructive things.  And things happen right before our very eyes, but in the midst of these things, God wants us to see Him.  To hear Him.  In the midst of all the noise, He spoke in a whisper.

God is with you.  In the midst of whatever it is you are going through, He says, “I am with you.  Hear Me.”

Oh, that we would hear.  Praying for the ears to do so.  God is real and He is speaking….